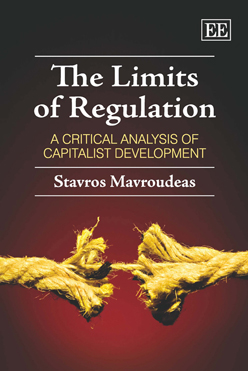 1.1 SUMMARY PRESENTATION OF THE REGULATION APPROACH The Regulation Approach was pioneered in France in the 1970s by several political economists (for example, Aglietta (1979), Lipietz (1984a, 1985a) and Boyer (1990)). Its founding text was Aglietta’s (1979) A Theory of Capitalist Regulation – a very popular but also highly idiosyncratic work. The aim of Regulation was to explain the long-term dynamics of change and stability in capitalism. In order to achieve this it produced what is nowadays openly characterized as an institutionalist and historicist analysis of capitalism. It enjoyed considerable popularity until the 1990s when its influence receded, for a number of reasons analysed in subsequent chapters. However, it continues to command considerable influence in certain areas of radical political economy. Moreover, concepts coined by Regulation (for example, Fordism and post-Fordism) have acquired a life of their own and are being employed in several scientific fields (for example, regional development, consumption theory, sociology). Regulation’s initial popularity stemmed from its declared aim to provide an intermediate analysis which would operationalize abstract general theory (and particularly Marxist political economy) in concrete historical evolution. Thus, it set its eyes on the analysis of the crisis-ridden process of capitalist development. It argued that crises, far from leading to the demise of capitalism, generate structural transformations that facilitate its survival and longevity. In other words, systemic contradictions lead to grave social antagonisms and economic failures, which dictate significant reconfigurations of the systemic modus operandi in order to secure its continuous existence. The key to this survival...