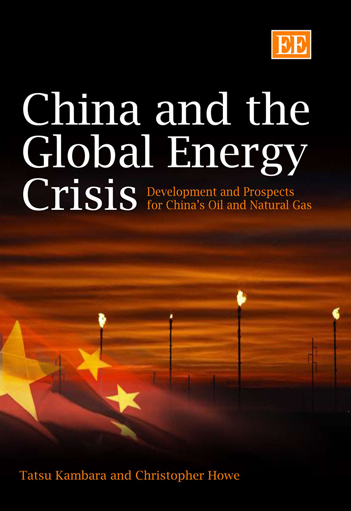 China and the Global Energy Crisis

Development and Prospects for China’s Oil and Natural Gas

This book examines China’s record of oil and gas development, its refining capacity, and energy prospects. The authors conclude that there are no fundamental reasons for anxiety about China’s demands on the world energy economy, but they emphasize that its energy future will depend critically on a continuation of reform and internationalization. China and the Global Energy Crisis is a concise but detailed study of these issues.

Appendix: The background to China’s energy planning The way China assembles its economic plans has changed very signiﬁcantly in recent years. At one time the modern sector of the economy was largely centrally controlled and planned in one-, ﬁve- and occasionally ten- and twelve-year time horizons. These plans had detailed numerical targets. Although imperfections in the initial compilation and unexpected events could derail such plans, they did have an operational meaning. This is no longer the case. Annual economic plans are still announced at budget time and these and the Five Year Plans are given publicity and approval by the Party and by the National People’s Congress, which is China’s parliament and law-making body. But, increasingly, plans include only a small number of indicative ﬁgures, usually relating to key points of focus on the national political agenda. These changes reﬂect the fact that the Chinese economy is now so much more decentralized and marketized, and includes so many foreign elements that the totality cannot be planned in the old way. This trend is fully embodied in the announcements in March 2006 surrounding the Eleventh Five Year Plan for 2006–10. This is now described as a ‘layout’ or ‘programme’ and its main pronouncements have been qualitative statements about the general principles that should guide economic development. The Eleventh Plan, for example, signals a new emphasis on ‘green’ approaches, with economic growth and trade being demoted in favour of balance, environmental protection, social and regional equity. Some of these...