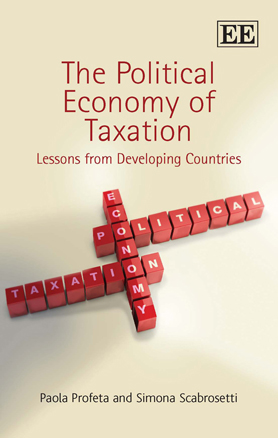 The Political Economy of Taxation

This unique book in a relatively under-researched subject area will prove essential reading for academics, researchers and practitioners focusing on political economy, public finance and the economics of taxation.

INTRODUCTION This chapter focuses on a sample of Asian countries including China, India, Indonesia, the Republic of Korea, Malaysia, Pakistan, the Philippines, Singapore, Sri Lanka, Thailand and Vietnam. Given the magnitude of the Asian continent, we consider these countries representative of its three main regions: Far East, South and East, and Indian sub-continent. We start from the observation that most of these countries have a low fiscal pressure and a ‘light’ welfare state (Jacobs, 1998). Tax revenue as a percentage of GDP in 2004 was lower than 20 per cent in China, India, Indonesia, the Republic of Korea, Singapore and Malaysia, among others (IMF, 2006, see Data Appendix in Chapter 7), though on an increasing path. Welfare expenditures were also very low. In 2004, the level of public health expenditure, for instance, was 0.4 per cent of GDP in Pakistan, reaching 3 per cent of GDP only in the Republic of Korea (WDI, 2007, see Data Appendix in Chapter 7).1 In many of these countries enterprises and families have traditionally played a major welfare role and have partially compensated for the low public spending. In some countries, enterprises have adopted a variety of flexibility measures to keep workers who are not necessarily profitable, while in other Asian countries three-generation families substitute for the public welfare system by pooling income between workers and economically inactive people. The quasi-absence of the welfare state is also based on the common practice that women are the main providers of personal care for children...