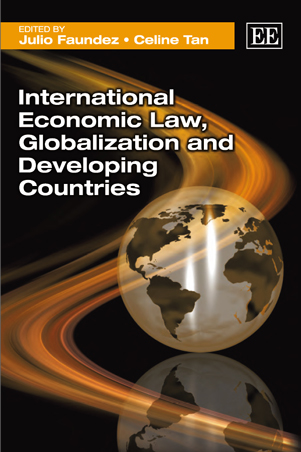 Kathryn McMahon* 1. INTRODUCTION In the last 20 years the number of countries with some form of competition law has almost doubled. Approximately 100 countries now have a competition law and as many as 75 per cent of these are developing countries (Fox, 2007: 104; Stewart et al., 2007: 4; Evans and Jenny, 2009: 10). Many other developing countries are in the process of enacting legislation and establishing competition authorities. Much of this activity can be traced to global trends towards the liberalisation of markets and the privatisation of government utilities (OECD, 1992). As the state contracts, competition law is viewed as a last bastion of regulation required to umpire imperfectly competitive markets or residual pockets of ‘market failure’: the idea of ‘competition as the regulator’. In developing countries the enactment of competition laws was also a response to neo-liberal international development policies most commonly associated with the ‘Washington Consensus’, which prioritised promarket structural reforms, fiscal restraint and monetary controls, and the pursuit of economic efficiency (Williamson, 1990a). Some countries, such as Indonesia, adopted competition law as a direct condition of the receipt of funding from the International Monetary Fund. For other post-Soviet and transitional economies in Eastern Europe its adoption was seen as preparation for eventual membership of the European Union (EU). At the international level, competition policy was perceived as integral to the efficient flow of goods, services and capital in the global economy. In the absence of competition law the productivity and development benefits from trade liberalisation...