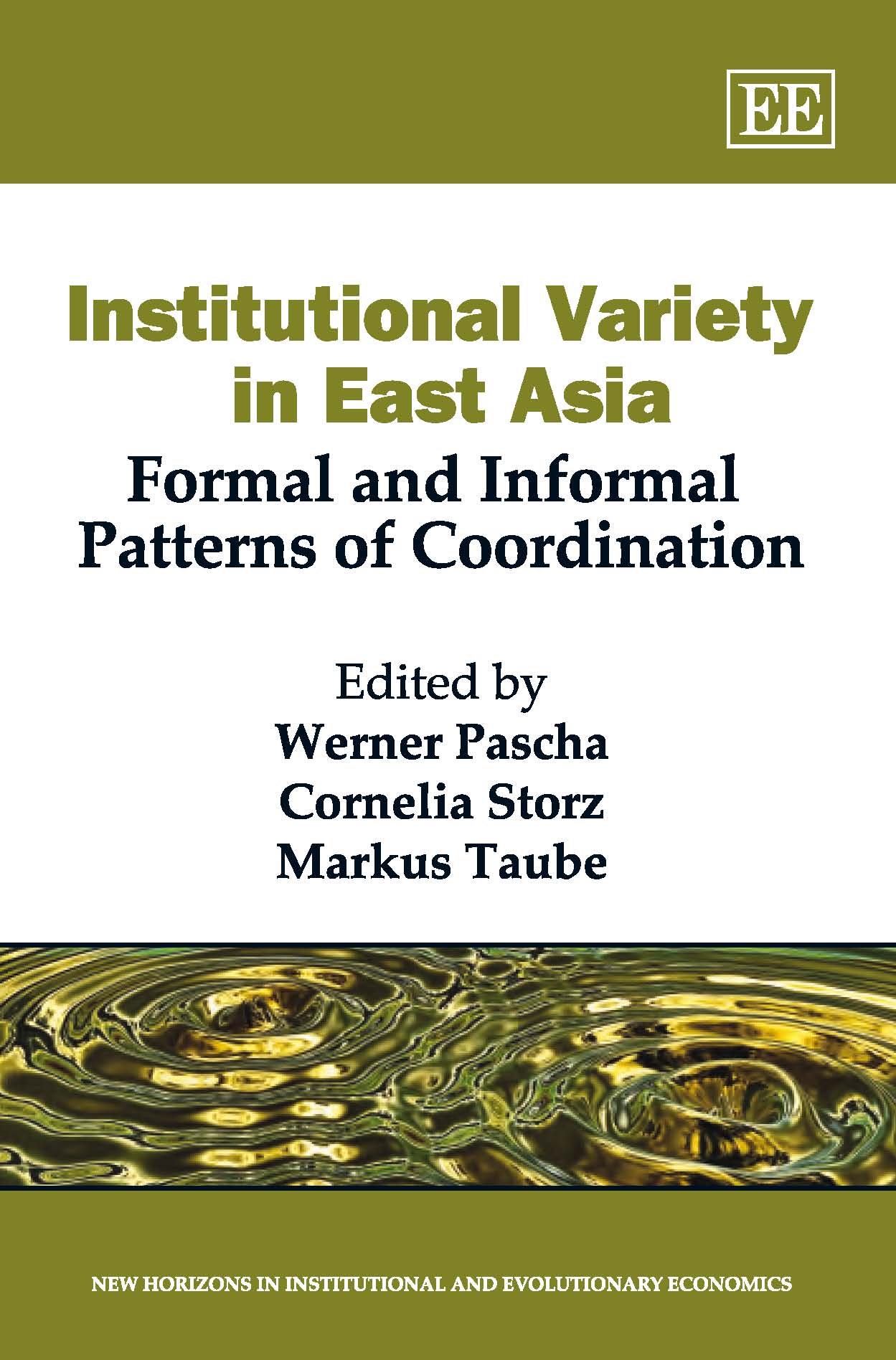 Formal and Informal Patterns of Coordination

This illuminating book broadly addresses the emerging field of ‘diversity of capitalism’ from a comparative institutional approach. It explores the varied patterns for achieving coordination in different economic systems, applying them specifically to China, Japan and South Korea. These countries are of particular interest due to the fact that they are often considered to have developed their own peculiar blend of models of capitalism.

Chapter 3: Tracing the Process of Property Rights Specification in China: The Case of New Technology Enterprises

Marcus Conlé 3.1 INTRODUCTION China’s economic growth during the past three decades has been impressive in absolute terms as well as in comparison to transition economies in Eastern Europe. Remarkably, the observed growth performance rests on a rapid entry and expansion of so-called ‘non-state’ enterprises. After gaining ground in the early 1980s, these kinds of enterprises have outperformed traditional state-owned enterprises (SOEs) thereby taking an ever larger share of GDP. At first glance, this process appears not very surprising as it underscores the common understanding of SOEs as being inefficient. However, contrary to what the label suggests, ‘non-state’ does not denote that enterprises have been private in nature. On the contrary, it is worth noting that these enterprises have been overwhelmingly linked to state institutions such as state agencies (cf. Duckett 2001) or the military (e.g. Bickford 1994). In fact, the most obvious differences between these new enterprises and traditional SOEs appears to be: (a) their affiliation with work units (danwei) in urban settings and the former People’s Commune institutions in rural areas instead of direct subordination to governments,1 as in the case of SOEs; and (b) that from the very beginning, the former have not been included into the planned economy but have had to find suppliers and customers themselves. A case in point is the development of ‘New Technology Enterprises’ (NTEs) which have raised the hope of the Chinese political leadership closing the gap to the technological frontier. Since the early 1980s, China’s high technology industry has...